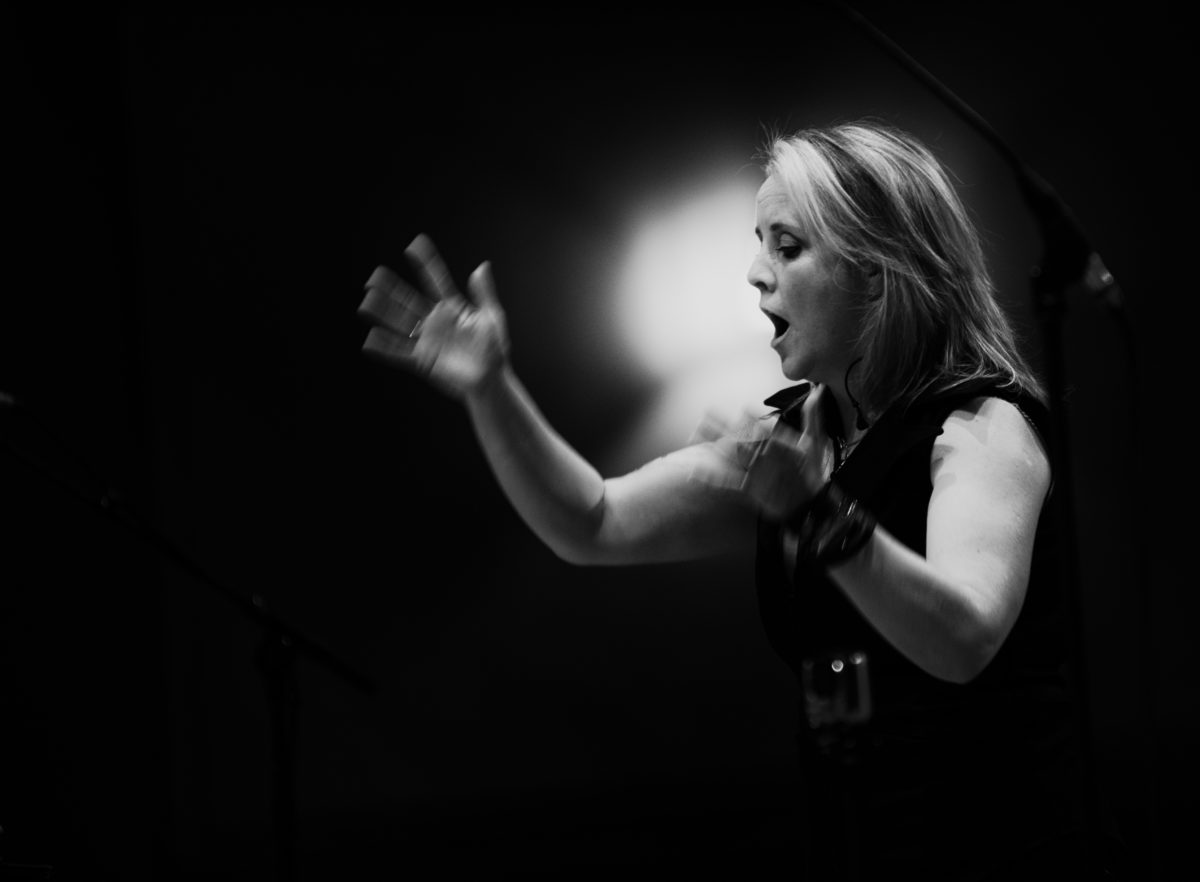 Our Director made it to the front page and had a double page spread after she spoke to Liam Rudden at the Evening News after receiving her BEM.

She started singing professionally in bars at the tender age of 17 in bars in Leith that were never short of interesting stories. This story about the gunman was a true story and it was the last pub gig my Mum could ever cope with coming to and she returned many years later when Kirsty had gigs in venues like the Festival theatre and the Usher Hall.

Kirsty does not regret her experiences and round about road to where she is now. She has learned the meaning of working hard, learning fast and rehearsing and to be as good at your job as possible. ‘You don’t want to realise while on stage you actually don’t know that song as well as you should’.

Kirsty started a petition to have the Scottish Singles Chart reinstated as it was stopped ‘quietly’ just before Christmas. Over 1000 people have signed the petition to date. The chart reflected the music that Scotland bought. It didn’t include streaming which meant that anyone with a big enough buying fanbase could chart and get the recognition they deserved and the encouragement to keep working hard. Sign our petition here

The Sing in the City band Hanley and the Baird charted at No 3 with Follow the Rainbows in April 2020 and many more independent and unsigned bands followed every month after that. ‘New data limitations’ was the reason given yet there was still data to run the Scottish Album chart? There was still data provided to the Official Charts Company to add the information to the UK chart, so where is the issue.

Yes the Scottish chart had become a little irrelevant and not many where paying attention to it but Kirsty was and it was one of her reasons for starting Chief Radio. She wanted to provide a platform for all unsigned bands and the Scottish Chart was the first place to aim for.

Please join us and help save a piece of Scotland!

This website uses cookies to improve your experience while you navigate through the website. Out of these, the cookies that are categorized as necessary are stored on your browser as they are essential for the working of basic functionalities of the website. We also use third-party cookies that help us analyze and understand how you use this website. These cookies will be stored in your browser only with your consent. You also have the option to opt-out of these cookies. But opting out of some of these cookies may affect your browsing experience.
Necessary Always Enabled
Necessary cookies are absolutely essential for the website to function properly. These cookies ensure basic functionalities and security features of the website, anonymously.
Functional
Functional cookies help to perform certain functionalities like sharing the content of the website on social media platforms, collect feedbacks, and other third-party features.
Performance
Performance cookies are used to understand and analyze the key performance indexes of the website which helps in delivering a better user experience for the visitors.
Analytics
Analytical cookies are used to understand how visitors interact with the website. These cookies help provide information on metrics the number of visitors, bounce rate, traffic source, etc.
Advertisement
Advertisement cookies are used to provide visitors with relevant ads and marketing campaigns. These cookies track visitors across websites and collect information to provide customized ads.
Others
Other uncategorized cookies are those that are being analyzed and have not been classified into a category as yet.
SAVE & ACCEPT
Powered by